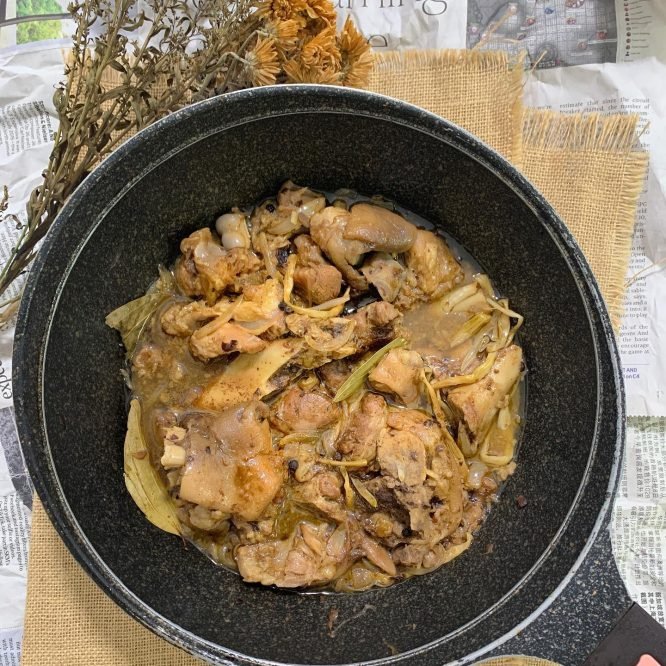 Humba is derived from the Chinese red braised pork belly (hóngshāoròu, also called hong ma or hong ba) introduced to the Philippines via Hokkien immigrants, but it differs significantly from the original dish in that Filipino humba has evolved to be cooked closer to Philippine adobo, using a lot more vinegar. Humba also does not traditionally use rice wine, ginger, chilis, or five-spice powder; and it commonly use additional ingredients like banana flowers or pineapples, which are absent in the original dish. Regardless, traces of its Chinese origin is still evident in the primary use of fermented black beans (tausi), an uncommon ingredient in Filipino cuisine.

Humba is sometimes inaccurately referred to as the “Visayan version of adobo”, largely because of how humba became cooked closer to adobo over time. But they have different origins and refer to different dishes. Humba is a specific dish usually restricted to pork belly, while adobo is a cooking process that can be used to cook a variety of ingredients from meat to vegetables. In the central and southern islands of the Philippines, both humba and adobo exist and are not confused with each other.