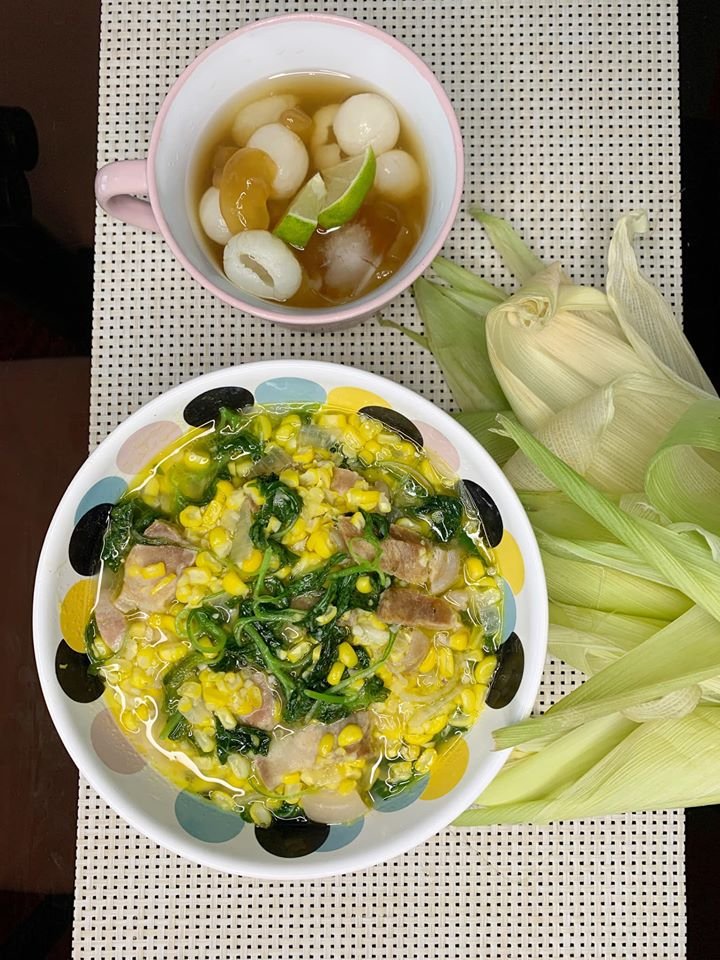 We call this Nilaras na Mais with Spinach but commonly known as Swam na Mais.

One of my comfort food I’d say as I grew up seeing an uncle harvesting corns & other crops.
This is best when you use white glutinous corn for a thick & creamy soup.

Tip:
After slicing the corn thinly, don’t forget to scrape the corn cob to squeeze out the left over yellowish corn juices. It’ll give you a tastier corn soup.
(Nilaras is the act of scraping)