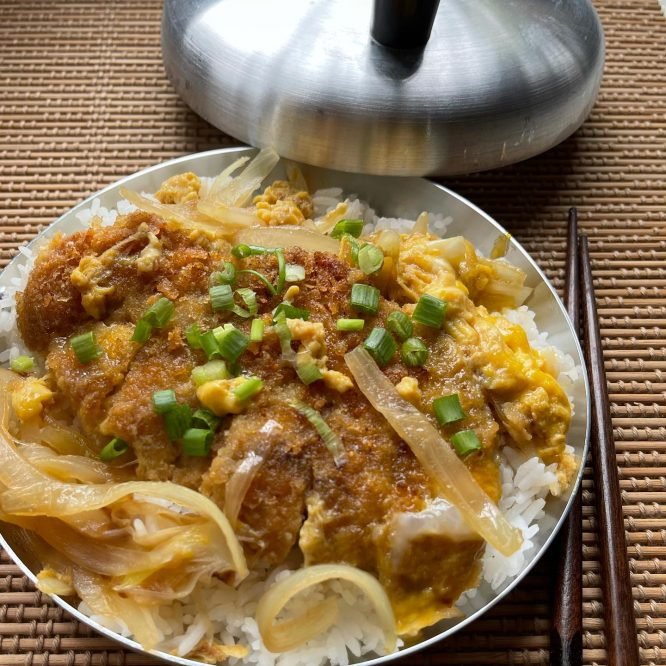 Made pork katsudon for lunch.

Katsudon (Japanese: カツ丼) is a popular Japanese food, a bowl of rice topped with a deep-fried pork cutlet, egg, vegetables, and condiments.

The dish takes its name from the Japanese words tonkatsu (for pork cutlet) and donburi (for rice bowl dish).

It has become a modern tradition for Japanese students to eat katsudon the night before taking a major test or school entrance exam. This is because “katsu” is a homophone of the verb katsu (勝つ), meaning “to win” or “to be victorious”. It is also a famous gag of Japanese police films: many people think that suspects will speak the truth with tears when they have eaten katsudon and are asked, “Did you ever think about how your mother feels about this?” Even nowadays, the gag of “We must eat katsudon while interrogating” is popular in Japanese films.