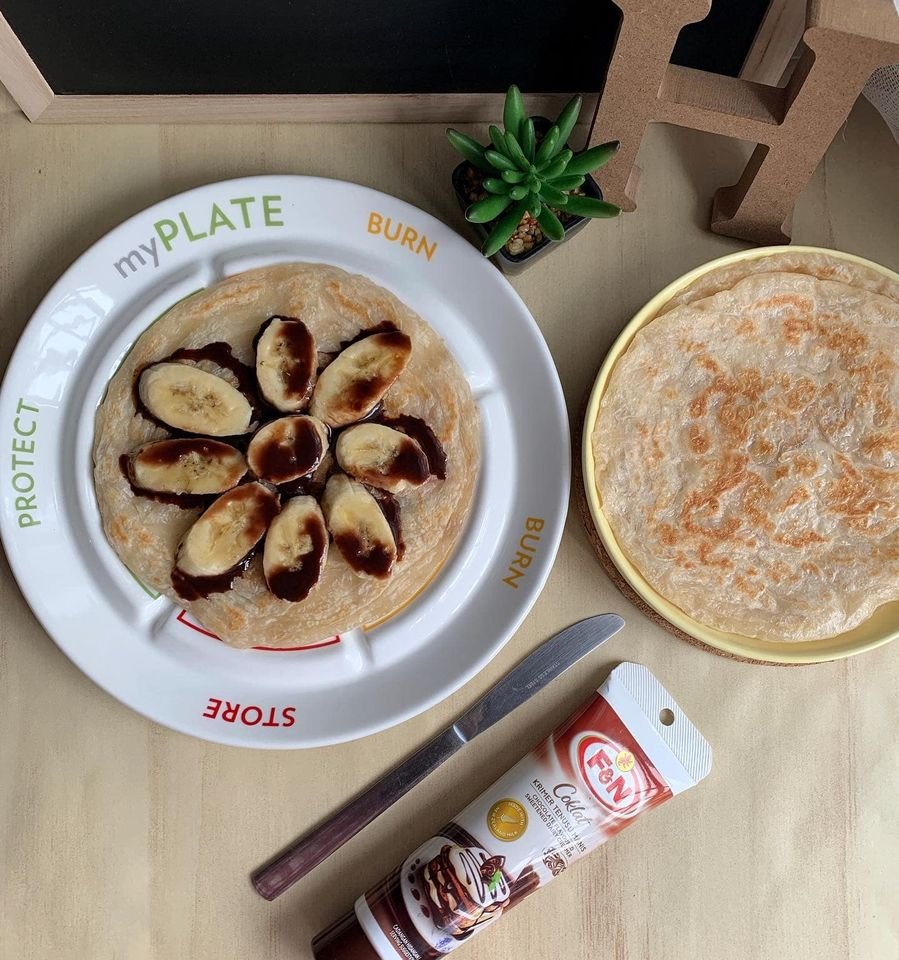 I’m using ready to cook roti prata from Tasty Bites. I super enjoyed it! I can eat it at any given time without going down to the prata shop near our apartment. I love it plain. You can eat this prata as it is.

We ran out of Nutella so I have this chocolate tube from F&N , it’s so handy.
I made plain, banana & chocolate and cheese.

Crispy on the outside, soft on the inside, roti prata hits the spot every time. A South-Indian flat bread made by frying stretched dough flavoured with ghee (Indian clarified butter), it is usually served with fish or mutton curry.

Roti means ‘bread’, and prata or paratha means ‘flat’ in Hindi. Some believe the dish evolved from original pancake recipes from Punjab in India, but across the causeway in Malaysia, the flat bread is called roti canai, which some say is a nod to its origins from Chennai.

No matter where it comes from, roti prata is a satisfying meal for any hour of the day. While the classic versions are served plain or with eggs as a filling, local menus now feature a variety of modern variations such as cheese, chocolate, ice-cream, and even durians – turning it from a main course to a dessert.